The first sign of hijacking was noticed around 1:52 p.m., when the company’s Twitter account had a tweet that declared it being under the control of attackers and the name changed from “Tesla Motors” to  “#RIPPRGANG”. The tweet posted on the carmaker’s account said, “This Twitter is now run [sic] by Henry Blair Strater [sic] from Oswego Illinois, call me at [number redacted]”. 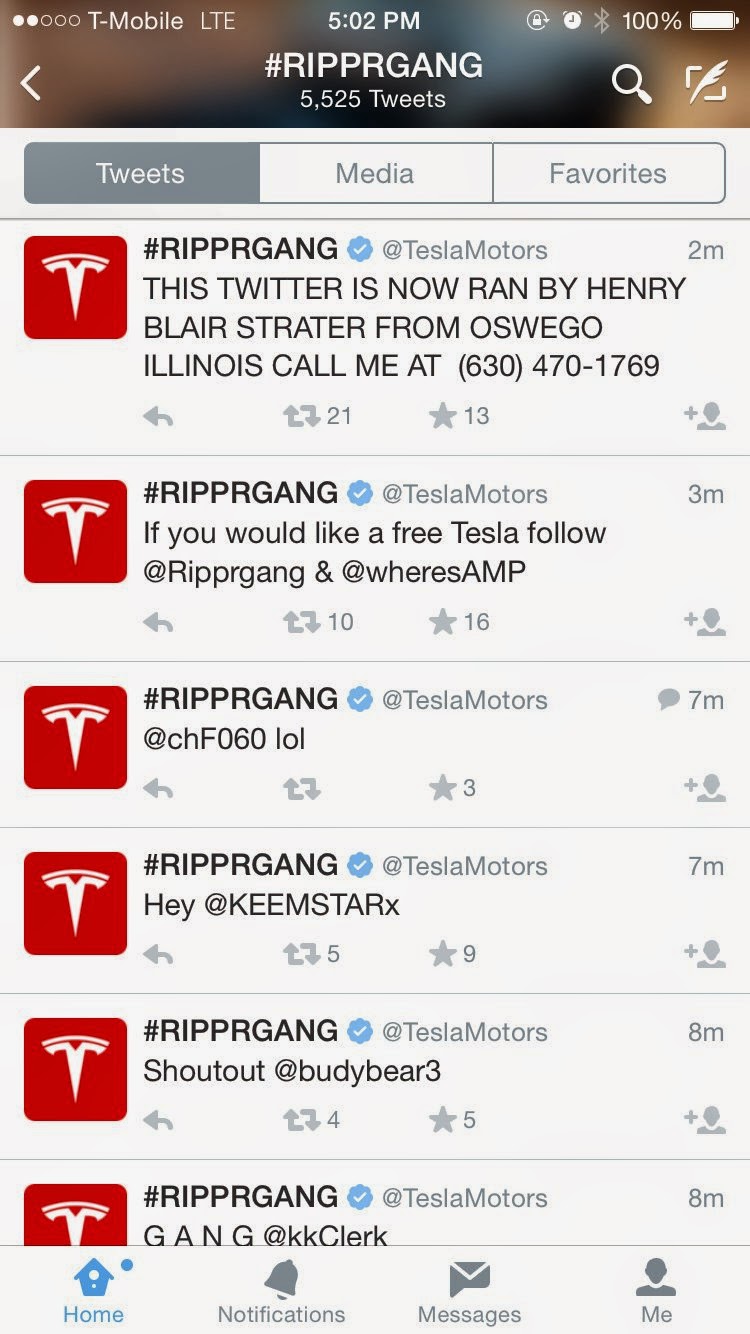 A few minutes later, the account began promising free Teslas to those who followed certain accounts or to those who called a certain phone number. The number belonged to a repair shop in Illinois which was flooded with calls.
Nearly at that time, Tesla’s website was hacked by the same attackers. Visitors were redirected to a website with ISIS in the URL, a Laden-ranting video and a picture of a man resembling Osama Bin Laden.
The Twitter account war restored around 2:45 p.m., an hour after it was uncompromised and the website was back to its usual state at around 6:30 p.m.

Elon Musk’s Twitter account was hijacked by miscreants who claimed to be from the infamous Lizard Squad Hacking crew, known as Autismsquad.